Autism Spectrum Disorder is a common developmental disability. Like people with TBI (traumatic brain injury), people with Autism are vulnerable to abuse in unique ways, due to the ways in which many people—even those working in schools and social services—misunderstand Autism, and to the communication barriers that sometimes arise between Autistic and non-Autistic people. Other reasons include the power differential between people with Autism and without Autism (people who are neurotypical), which can make it difficult for people with Autism to report cases of abuse with confidence that they’ll be believed.

A blogger who self-identifies as Autistic summarizes the dilemma commonly faced by Autistic people in abusive relationships: “If you are naturally trusting, it’s so very easy to get trapped in an abusive relationship. If you have trouble communicating, it’s so very hard to get out.”[1] Some Autistic people do not speak, and some Autistic people use coded language that reflects their own interpretation of language rather than more widespread colloquial ways of speaking. One example of a specific communication style some Autistic people use is to quote books and movies rather than forming unique sentences. The quotes may still reflect a feeling or thought that the speaker wishes to communicate, but to someone who is not paying attention, it may just sound like mindless repetition of words that the speaker has heard before.

People with Autism sometimes communicate non-verbally as well. A young man I interviewed, who was diagnosed with Autism Spectrum Disorder as a child, described a situation in which he was stimming (a term used to describe repetitive motions or sounds a person makes, in order to calm anxiety, focus, express emotion, or relieve sensory overload[2]) by making a noise, and an instructor at his college threatened to call public safety because his constant noise was inappropriate for the classroom. As he described it, he was covering his ears and making a noise in order to tune out an argument that was taking place nearby. His instructor did not understand why he was doing that, and so she reacted with anger and threats.

The same young man described how, when he was in his late teens, an older man approached him at a department store, told him that he needed help, and asked this teenager to follow him out to his car. Someone saw him following the man, and stepped in.

Not all Autistic people are “naturally trusting,” as the blogger cited earlier described. However, when you have been taught, as many people with cognitive or psychosocial disabilities have, that your brain is not trustworthy and that neurotypical people’s brains work normally, then it can be difficult to call out other people for harmful behaviors.

This is why it is helpful for everyone, regardless of whether or not you know someone who is Autistic, to be familiar with Autism and neurodiversity in general. When it comes to recognizing signs of abuse, protecting someone from abuse, or avoiding being unintentionally abusive, it is important to recognize that different people’s neurological makeup make them more sensitive to certain things. This means that abuse can constitute different actions for different people, depending on what triggers someone has.

When I worked in an after-school program in a high-poverty neighborhood where violence was common, I encountered children who exhibited high levels of sensitivity to external stressors such as loud noises and physical contact (such as if someone brushed their arm while walking past). Some of the children’s heightened levels of sensitivity were related to experiences that they had had in the past: seeing or experiencing violence, hearing gunshots nearby, recognizing what sort of shouting means danger, are all ways in which some children’s environments had increased their sensitivity to noises. But a couple of the children I worked with exhibited signs of neurodiversity outside of the clear and typical signs of trauma.

Speaking with parents, I learned that one of the children had been identified as Autistic by the school, and another child’s mother was hoping for the same for her son, so that he might get the learning supports that he needed. In that environment, however, staff often attributed the heightened sensitivity of Autism to the post-traumatic stress that many of the students exhibited based on their environments. Not differentiating between responses to noise or other stimuli that stemmed from trauma, and responses related to Autism, made it difficult to figure out whether or not a child was in danger of, or already experiencing abuse. Furthermore, it made it difficult to provide a safe space for the children to learn and to express themselves. 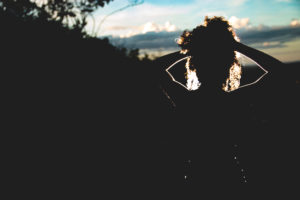 In order to be trauma-informed in an effective way, it is important to be aware of neurodiverse conditions such as Autism. People with Autism can be vulnerable to abuse in the same ways as neurotypical people, but also in different ways. People with Autism might also exhibit sensitivity that seems similar to trauma responses to noise and other stimuli. Knowing what to expect when interacting with a person with Autism can help neurotypical people to be receptive to what Autistic people are communicating. And it can help break down misconceptions of what behaviors are to be expected and what behaviors are signs of abuse.

For more information on Autism, I recommend the Autism Self Advocacy Network, which is a direct source to read Autistic people’s writing about their own experiences: https://autisticadvocacy.org/about-asan/about-autism/.