Abuse Among Disability Communities Part 4: Chronic Illness as a Disability

In the previous two posts, I discussed ways in which people with disabilities such as Autism and Traumatic Brain Injuries may be more vulnerable to domestic abuse than others. In this post, we’ll explore how chronic illness can function as a disability, and how people with chronic illnesses may experience abuse differently.

Chronic illnesses, or chronic diseases, are long-term health conditions that sometimes last a person’s entire life. The Center for Disease Control defines them as conditions that last one year or longer, and require ongoing medical attention, adjustments to a person’s lifestyle, or both[1]. Because they are ongoing, people learn to live with them by making adjustments in their lifestyles to accommodate their health needs. Some common chronic illness diagnoses include epilepsy, diabetes, HIV, cancer, fibromyalgia, asthma, and Crohn’s disease, to name only a few.

People with chronic illnesses can experience abuse in all of the ways that others might, but there are aspects of having a chronic health condition that make people vulnerable to abuse in specific, unique ways. It is important for everyone to be aware of these relationships, in order to be able to recognize abuse when it is happening to yourself or to someone you know.

One of the ways in which people with chronic illnesses sometimes fall into cycles of abuse is based on the need to depend on the people who are closest for help with day to day medical needs. A doctor in Southwest Michigan described how Medicare pays for professional services, such as when someone needs to see a doctor, but for many people, the day-to-day help such as travel to and from appointments, falls to family members or partners. When a significant other is taking on these important tasks, it can be difficult to end the relationship if things go bad.

A young woman I spoke with, who was diagnosed with a chronic illness in her teens, described different ways in which someone with a chronic illness might depend on their partner. “I’ve had someone who’s willing to get me groceries and help me out around the house,” she elaborated, “I’ve had a health emergency at three in the morning and I had someone who lived with me and was able to drive me to the hospital in the middle of the night.” Being able to trust the person you’re with is important for everyone, regardless of disability or illness. However, people with chronic illnesses have also described situations in which their partners use the support as leverage, saying that because they have provided help in medical emergencies, their partners owe them.

When someone is getting out of an abusive situation, having a chronic illness can become a hurdle to overcome. This is one reason that it is important for everyone, even those who are not experiencing chronic illness, to be aware of what it means to have one. The women I spoke with described the stigma that is attached, making it difficult to communicate about it when necessary. “There’s a cultural thing where it’s viewed as inappropriate to tell people about your illness,” she said; “people will whisper it… I’ll be like ‘why are you whispering? That’s my life.’”

Keeping chronic health conditions secret helps no one. But when someone is escaping abuse, it is particularly important that those who are helping them do not further stigmatize their needs. In order for people to feel safe discussing their chronic health conditions, it is important for the people around them—particularly people working in social services—to be comfortable hearing about and talking about these conditions. If someone feels like the only way to make people comfortable is to refrain from mentioning their health condition, then they are in greater danger. 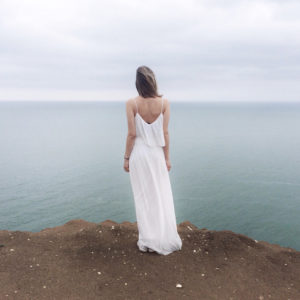 This is a particularly common occurrence when there are social stigmas around a chronic illness, as is often the case with HIV and AIDS. A social worker who specializes in this area remarked that “HIV itself is a manageable chronic illness and not the death sentence that it once was. Thanks to the many advances in anti-retroviral treatment and PrEP, transmission is now more preventable than ever. Despite this, the stigma lingers.” Abusers often take advantage of this stigma, she elaborated, threatening to disclose their HIV+ stats to family, friends, or employers.

Or a third common form of abuse she described, that has come up in almost every discussion I have had on chronic health conditions and abuse, is by diminishing someone’s self-worth and making them feel dependent on an abusive partner:

“Another way in which abusers might use a partner’s HIV status against them is to reinforce the idea that no one else would want to be with them due to their status. Saying, for example, that they are lucky to even have a relationship with the person who abuses them, because ‘who else’ would want to date someone living with HIV?” 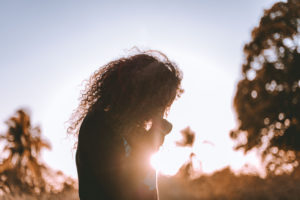 Using someone’s disability or health condition as a way to control them, attack their self-esteem, or diminish their sense of agency is a form of abuse, and it is never ok. If someone is doing these things, then it is important to talk with people outside of the relationship, and to make sure that there is a safe way out if needed; Sylvia’s Place has a 24/7 hotline for anyone needing help. The number is: 269-673-8700.

Destigmatizing chronic health conditions is everyone’s responsibility. If you do not think you know someone with a chronic health condition, it is likely because they have not told you. According to the CDC, six in ten adults in the US have a chronic disease[2]. Creating a community that is safe from domestic abuse involves listening to everyone, and being aware of the individual hurdles that people face.