Silence Heard Around the World: The Global Extent of Domestic Violence

Domestic violence, also known as intimate partner violence, is a pattern of abuse used to control someone. It often involves physical, financial, and sexual abuse as “tools” of a system used to maintain power and control over his or her victim. Domestic abuse is a common occurrence in the United States, with about 25% of women and 10% of men experiencing at least one instance of sexual assault, physical violence, or stalking. Transcending the physical realm of domestic violence, over 43 million women and approximately 38 million men have reported instances of psychological aggression from an intimate partner. With its high prevalence in various forms, it should be no surprise that domestic violence is a national public health issue. However, the global extent of domestic violence has not always been as well-addressed.
This shifted with the onset of the COVID-19 pandemic, which shed light on a global surge in domestic violence cases. Nearly 90,000 instances of violence against women were reported in South Africa during the first week of lockdown alone. Lebanon and Malaysia reported a doubling in call volume, and China reported a tripling. With these countries and many others reporting concerning trends, the United Nations Secretary-General António Guterres publicly urged governments to prioritize efforts dedicated to ending violence worldwide, thereby raising the issue to a global platform. In other words, domestic violence was officially declared a pandemic amidst a pandemic. 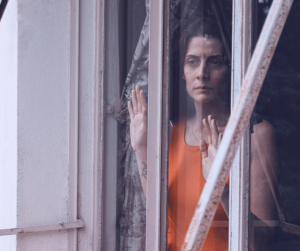 Historically, domestic violence has been underreported despite its global prevalence. Reasons for this trend are multifaceted. The dilemmas survivors face are inherent to the definition of domestic violence. It is defined as a systematic pattern of power, control, and abuse between people who are married, dating, or living together: people who are supposed to love and care for each other. The consequences of filing a claim against a loved one can feel daunting and contradictory. A survivor may remain silent because of what is at stake. Survivors have often built a life with their perpetrator, which could encompass economic stability, friends, and family members: assets they could be terrified of losing. And although resources and services are in place to support and protect their assets and rights, many survivors forego this assistance due to fears of retaliation and embarrassment. As a result, domestic violence often emulates a hostage situation, which can make survivors feel hopeless and powerless.
Other reasons for silence are more macroscopic, stemming from various understandings of domestic violence around the globe: across historical and cultural lines. This highlights the complexity of domestic violence as a construct. Statistics show that domestic violence disproportionately impacts women compared to men. And according to a report by the United Nations, at least 600 million women live in countries where domestic violence is not considered a crime. This perspective of seeming indifference is rooted in values that have shaped familial constructs in a majority of the world’s countries throughout time. Feminine partners are typically expected to be subservient dependents of their masculine partners and are largely excluded from positions of power. To exacerbate these imbalanced power dynamics, societal constructs—including the maintenance of family privacy and victim-blaming—also threaten to shame survivors and prevent them from securing justice against their perpetrators. 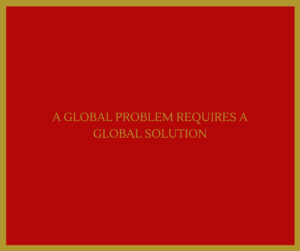 These global themes in domestic violence and its underreporting highlight the need for both individual and collective action. Guterres may have called upon governments to respond, but power ultimately lies among the people who are governed. It is our duty to advocate for those who need social support and strength in numbers. A global problem requires a global solution. Rather than victim-blaming and turning a blind eye, we should fight for justice and rise. Rather than shaming and stigmatizing, we should rally against the very constructs that we, as a society, have forged—the chains shackling survivors from the joy and justice they deserve. Rather than judging, we should listen empathetically to survivors and meet them where they are. Within all of us is the strength to shape society: one word and action at a time. Amidst a pandemic that has plagued the world for centuries, each survivor embodies a unique story. And by affirming survivors’ stories, we will see the strength in ourselves and in our society. To overcome silence and make a change.